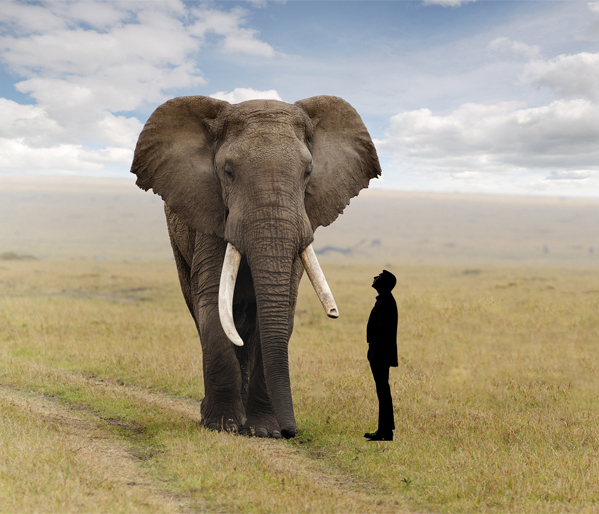 Meeting the Challenges
of Compliance and
Knowledge Loss

The Cost of Not Knowing What You Don’t Know: Turning the Imperative of Operational Knowledge Into a Competitive Edge. Across the globe, corporations and government agencies are struggling to keep up with the forces driving change all around us.

For the leaders and managers at these organizations, the challenges are ever evolving, and becoming increasingly consequential in today’s competitive knowledge economy. This is particularly so in the areas of operational compliance and knowledge competency.

If the news headlines are any indication, not knowing what you don’t know can lead to costly unintended ramifications. Whether we’re talking about the constantly changing regulatory landscape, keeping legacy systems functional and up to date, or the coming retirement wave of baby boomers from their leadership positions, the pertinent lesson is the same.

The imperative for organizations to remain compliant, retain valuable know-how, and operate effectively will only grow. More importantly, as we’ve come to learn, it presents leaders who are intellectually honest and excited to learn with a unique opportunity to create deep, lasting results to improve their organizations.

The fact is, while these areas might seem unrelated, the underlying mechanism that influences their success or failure is one and the same. To seize the opportunity however, instead of looking forward, we first need to look back to understand how we got here.

The Challenges of Compliance and Knowledge Loss: Old Problems With a New Face

From the earliest days of humans engaging in commerce, the fundamentals of conducting business have largely stayed the same: a business had a motivation for engaging in commercial activity which, in turn was facilitated by a set of evidently known rules designed to achieve certain outcomes.

As recently as the 1960’s, that picture was still relatively true. Managers and workers were generally aware of and directly in touch with the rules governing day-to-day operations in their organizations. But beginning in the 1960’s and 1970’s that drastically changed, and by the 1980’s we had entered a brave new world.

First, where automation of capabilities used to be non-existent in our working lives, computers took over to perform increasingly complex functions. As layer after layer of computerization and automation was introduced into corporations, slowly but surely, machines grew to stand tall in the way with business rules hidden and buried within them.

Second, the rush to outsource and contract external parties to build or upgrade IT systems also inadvertently worsened the situation. It compounded problems by making architectures more convoluted and obfuscated and the responsible parties ever more distant.

Third, many leaders whose tacit knowledge oversaw the original operations that underpinned corporate governance in their organizations retired. Too often, this left their successors struggling with widening gaps in operational compliance, communication, and knowledge.

Consequently, because of these historical forces of change, among many others that affect us today, organizations tend to falter unnecessarily due to the absence or inaccessibility of rules so critical for compliance and producing consistent results.

This may seem like a huge insurmountable problem sometimes, similar to what an ant crawling toward a giant elephant’s leg would see. Nevertheless, it does not have to be this way at all, as clearly evidenced by deliberate innovation and success stories we’ve witnessed.

Using the Operational Compliance and Knowledge Imperatives to Gain an Edge

In its 2015 State of Compliance report, PwC cites that “78% of CEOs around the world view increasing regulation as the top threat to business growth.” The report then correctly notes that “the compliance function is ideally equipped to identify and manage compliance risks—including regulatory risks that pose threats to the achievement of strategic goals—yet many CEOs are not gaining the benefits they could from their compliance functions.” [1]

While much has also been made about McKinsey & Company’s reports on the “war for talent,” the war for knowledge retention and its impact on the well-being of Boomer-led organizations needs to be addressed. [2] At risk of being lost isn’t just the deep know-how of specialists, but the bigger-picture operational knowledge necessary for leaders and managers to run a multifaceted organization.

In the United States for instance, at a large financial services company an estimated 80% of the knowledge workers will qualify for retirement in the next five years. North of the border the situation is no different. In its piece Boom, Bust, and Economic Headaches the Globe & Mail quotes a 58-year-old vice-president of a Canadian manufacturing company who observes “succession planning is becoming more and more important for businesses. It’s not just at the CEO level. It takes time – you’re not going to get someone out of school who possesses the knowledge that our people have. It takes some planning.” [3]

The two examples are microcosms of the looming reality in North America facing organizational leaders. The good news is, while a lot of this emerging terrain is new, the fundamental problem is not. It is simply the continuation of an old human story reflected within the history and legacy systems of many organizations. To deal with it comprehensively and leverage it to gain an edge, the solution requires a mindset willing to go the extra mile. It requires organizing activity on the basis of rules, and ensuring that the business can stay in touch with those rules and use computerization as an ally, not an obstacle, in doing so.

Business Rules: The Resilience of Rule-Based Operations In the Face of Change

Since 1995, Business Rule Solutions has worked side-by-side with clients across the private and public sectors including

For over two decades, we have supported leaders through helping them with an understanding from the highest level to the most granular by drilling down into the operations and knowledge of an organization and laying the ground-work for a systematically adaptable business.

In the process, we’ve helped companies recover and retain valuable lost knowledge, extract the business rules from legacy to enable modernized deployment, and more. Along the way, we’ve learned a great deal that has been valuable to us and the organizations we work with. Out of those lessons, one stands contrary to popular misperceptions.

We concede that the problem of closing the gaps in operational compliance, communication, and knowledge is a big one. It’s all around us everywhere we look. It truly is like what an ant crawling up an elephant’s leg can’t see. The elephant is just too big.

We don’t concede, however, there’s no solution. Through working with diverse clients, we’ve proven there is. But first you must see the elephant hiding in plain sight.

Meeting the Challenges of Compliance and Knowledge Loss